If you are a beneficiary resident in Andalucía (Malaga, Marbella, Almeria, Sevilla etc ) these are the taxes that you will pay.

Andalucia has created extra exemption for inheritance tax  not available in other regions of Spain. The result of these inheritance tax exemptions is that if you inherit from your spouse or parent, the first 1.000.000 euro (each beneficiary ) is going to be exempt. ) (as longs as certain conditions regarding preexisting wealth etc are complied with).

The history of the Andalucía inheritance tax exemptions.

On the  3rd of September of 2014 these exemptions initially only available to beneficiaries resident in Andalucía where  extended by the European Court of Justice  to non residents of Spain who who where resident in a E.U. country and  inherited assets in Andalucia if the estate and the deceased did not have a closer connexion to a different region of Spain).

Since  2018  in my opinion  the same exemptions are now applicable to non E.U. residents on the basis of various Sentences of the Spanish Supreme Court . With the U.K. having left the E.U. I am sure there will be many beneficiaries exploring this possibility. We have already claimed the exemptions on the basis of those sentences for clients from U.S.A. , Australia and Canada

U.K. residents inheriting in the Andalucía  region after Brexit:

In my opinion beneficiaries that are resident in a non-E.U. country inheriting in the Andalucía  Region can also claim these exemptions. This is an extremely important issue now due the enormous amount of beneficiaries resident in the U.K. We have experience claiming the exemptions for Canadian and U.S.A. residents  based on various sentences of the Spanish Supreme courts and will now be doing the same for U.K. residents. Spanish supreme court has said that the Andalucia and other autonomous regions high inheritance tax exemptions for spouse and children can now also be claimed by residents of non E.U.countries.

Make sure your solicitor claims the exemptions.  As the inheritance tax return are all done by self assessment if you do not claim the exemptions you will not get them.

We are known experts in the field of inheritance tax in Spain for international clients . For a  full explanation of our inheritance services please click.

Since 1994 we have handled hundreds of probate cases for English , Canadian Australian and Americans inheriting from their loved ones in Andalucia. We cover the whole of Spain from our offices in Marbella, Almeria and Mojacar . If you are the beneficiary of a Spanish estate please click to e-mail me now and we will contact you immedialty to explain how we can help.

How long do I have in Spain to declare my inheritance and claim the exemptions or make the payments ?

Do I have to make a declaration to the inheritance tax office even if there is no tax to be paid ?

Yes. If you are a Spanish resident you have to declare al assets received by inheritance even if they are not in Spain.

If you are a non-resident you only have to declare assets situated in Spain (exceptionally there are certain life policies that also have to be declared in Spain even if the company that sold them is not resident in Spain -Spanish compliant bonds sold by companies life SEB, Irish life etc )

If you have inherited assets Spain you will not be able to access money in banks , register a property in your name or change the logbook of a car until you can prove you have tax clearance.

Where do you pay your inheritance tax in Spain ?

If you are a non resident beneficiary you pay the Agencia Tributaria, (in Madrid )while if you are a resident beneficiary you pay to the regional government (tax office of the Andalucia region) . It is done by self assessment . Since the sentence of the E.C.J. we have a complex situation where if you are a non-resident you have to present to the national tax office (Agencia Tributaria ), but applying the extra exemptions offered by the corresponding regional government, in this case Andalucia .) .The trouble with this is the forms are by self assessment so the solicitor will need to take care in claiming the extra exemption offered by the regional government ).

If on a single estate you have one beneficiary resident in Calpe (Valencia )and one in London, they will have to present one declaration in Madrid and one in the Comunidad Valenciana. Get this wrong and you are looking at a problem of biblical proportion.

How much inheritance tax do residents in Andalucía pay ?

Important: The short answer is that you can receive 1.000.000 euro from your spouse or parent tax free with a 99% deduction on the rest. Your preexisting wealth before the inheritance must be under 1.000.000 euro0 for you to claim this exemption.

Guideline of how inheritance tax is calculated in the Andalucía  Region: 4 Step procedure.

1.   We determine the value of what each heir is going to inherit. (Please read the article on benchmarks regarding valuation of property). .

2. We establish the exempt amount

4. We apply a multiplier to the final amount which will depend on the relationship of the beneficiary  with the deceased.

If you would like to read a little more about  the services we offer as Lawyers specialised in international inheritance please click, or simply contact us now and we will explain.

If you are reading this article it may be because you have lost a loved one. It it has just happened you may find the following recent post useful  what to do and who to call  when someone dies in Spain

Andalucia has not always been a good place for inheritance tax. Please read our article that explained the change as it happened.

Many clients over the years have asked me what needs to be done and who do they need to call  if someone dies in Spain . If this is a question you have asked yourself the you may find this other post of ours of interest.

What do I do and who do I call  when someone dies in Spain?

Contact me now if If you need help with:

Making a Spanish will.

An inheritance anywhere in Spain.

You may already have a will and simply need a consultation to run through everything to make sure things are in good order  (  we can discuss and go through existing wills, powers of attorney, living wills, deeds etc. and make suggestions where needed ).  From experience I can say that on occasions this consultation has saved a lot of money and problems. For fees and availability for a Spanish will and inheritance check up simply e-mail Ms Maria Alonso on  maria@daviessolicitors.com . This can be done at one of our offices or over Zoom.

e-mail us now for help 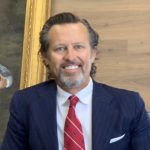